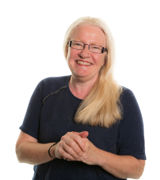 An Executive Coach, working with SMEs (small and medium-sized enterprises) as well as University MBA & MSc students. She is also CEO of Tring Together, a local charity with the aim of bringing the community together. Mother of two children that attended Dundale and Tring School.

Knowledge of Charity Governance through working with the Herts Community Foundation.

Over 15 years’ experience in senior leadership in schools across the primary stage, including 12 years leading Church of England schools.

Retired. Part time Project Manager with the Commission on Religious Education, producing a report on the status of the subject for consideration by Government and the profession.

Knowledge of leadership, educational improvement and strongly connected to the Diocese of St Albans.

(Lay) Reader in the Church of England.

Chair of Governors at Heathlands School for Deaf Children since 2015.

Your browser is out-of-date!

Update your browser to view this website correctly. Update my browser now